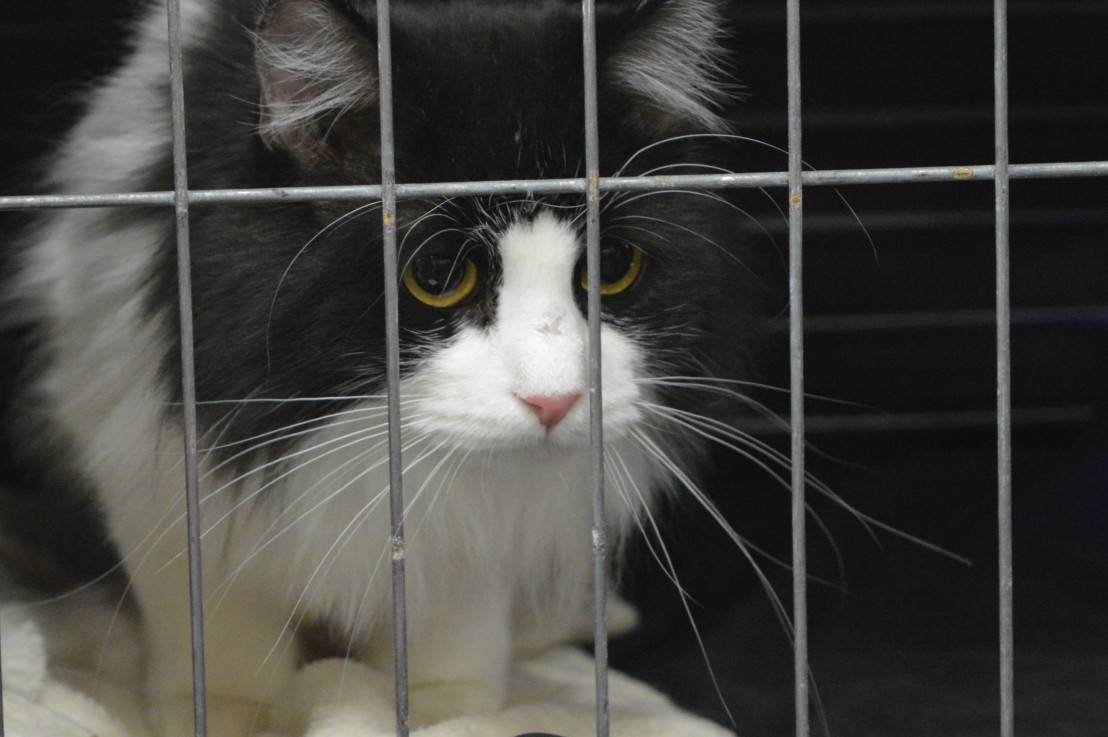 Cats may win the Internet, but cat lovers were the winners at the Ottawa Valley Cat Show.

On Oct. 31, 117 cats competed in categories for purebreds, domestic cats and kittens at the Nepean Sportsplex on Woodruffe Avenue. Thousands of attendees dressed up for Halloween and owners dressed up their cats and decorated cages, including Cassandra Kluke, a local Sphinx breeder showing 10 of her cats at the show.

Kim Monkhouse helped found the Ottawa Valley Cat Club in 2000 and they held their first show in 2002. But cats have always had a place in Ottawa. They were brought into Parliament from the 1920s to the 1950s to control rodent populations and a cat sanctuary on the Hill took care of local strays until 2013.

The cat show is an opportunity to see how different breeds of cat behave. Some breeds are calm and quiet, while others, like Kluke’s Sphinxes, are much more lively.

In addition to showing purebred cats, the Cat Rescue Network shows cats in the domestic cat competition and showcases them for potential adoption. Jason Del Bosco, a volunteer for the organization, tells the story of one of the cats they brought to the show.

Elaine Gleason, a cat judge from London, Ont., was working most of the day judging different breeds of cats on how closely they match the breed standards set by the Canadian Cat Association. The owner of five cats, she got into cat judging by happenstance.

Gleason explained the process of cat judging, which has to be extensive in order to have enough knowledge to judge the wide variety of breeds.

Stephen and Laureen Harper are noted cat lovers. Laureen Harper was active with charities for cats and a section of 24 Sussex Dr. was set aside to foster “dozens of cats,” with litter and toys, according to the Washington Post.

Given that the Trudeau family currently has no pets, Monkhouse, Gleason, Del Bosco and Kluke each recommended a breed to the Trudeaus, should they consider adopting a cat.

Please click on a photo below to enlarge and scroll through the gallery.